Prairie Fire was a regional monthly journal based in Lincoln, Nebraska, focused on the environment, public policy, arts and humanities, and social issues, published from 2007 to 2015. Articles included republished pieces by newspaperman Norris Alfred and the Polk Progress, environmental and biology pieces by ornithologist Paul A. Johnsgard, and a series of rotating writers on social justice for the column “Sonny’s Corner.” The last year or so, Prairie Fire presented talks by the writers at Meadowlark Coffee in Lincoln.

As part of the Prairie Fire team for over eight years—not including approximately two years of preparatory work before the first issue was published in June 2007—we provided copyediting (in AP and, more recently, Chicago style), typesetting, design, and print marketing services to the paper, as well as some copywriting. The paper was a tall tab produced on a web press using recycled newsprint. The fonts used were Newzald and National, both by Kris Sowersby. The logo was set in Hoefler & Co.’s Knockout. 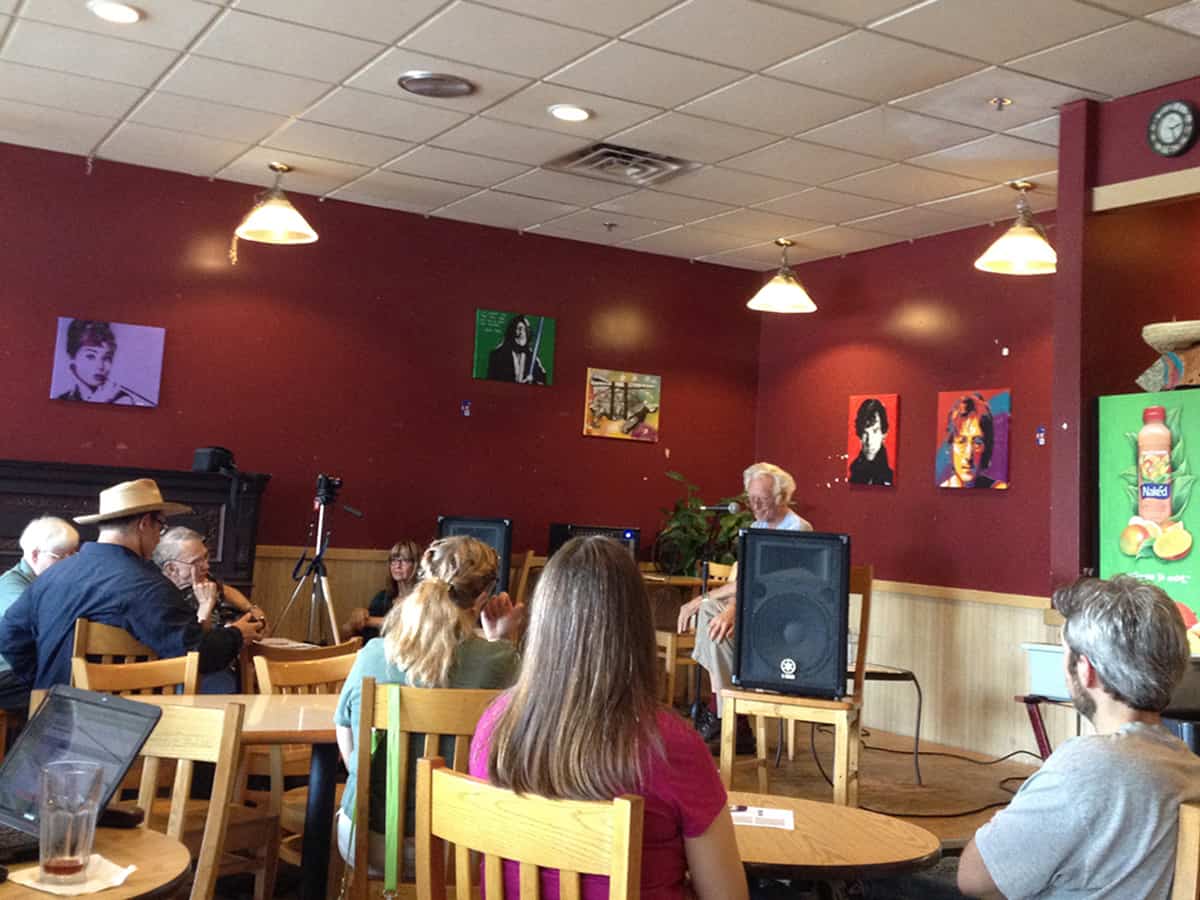 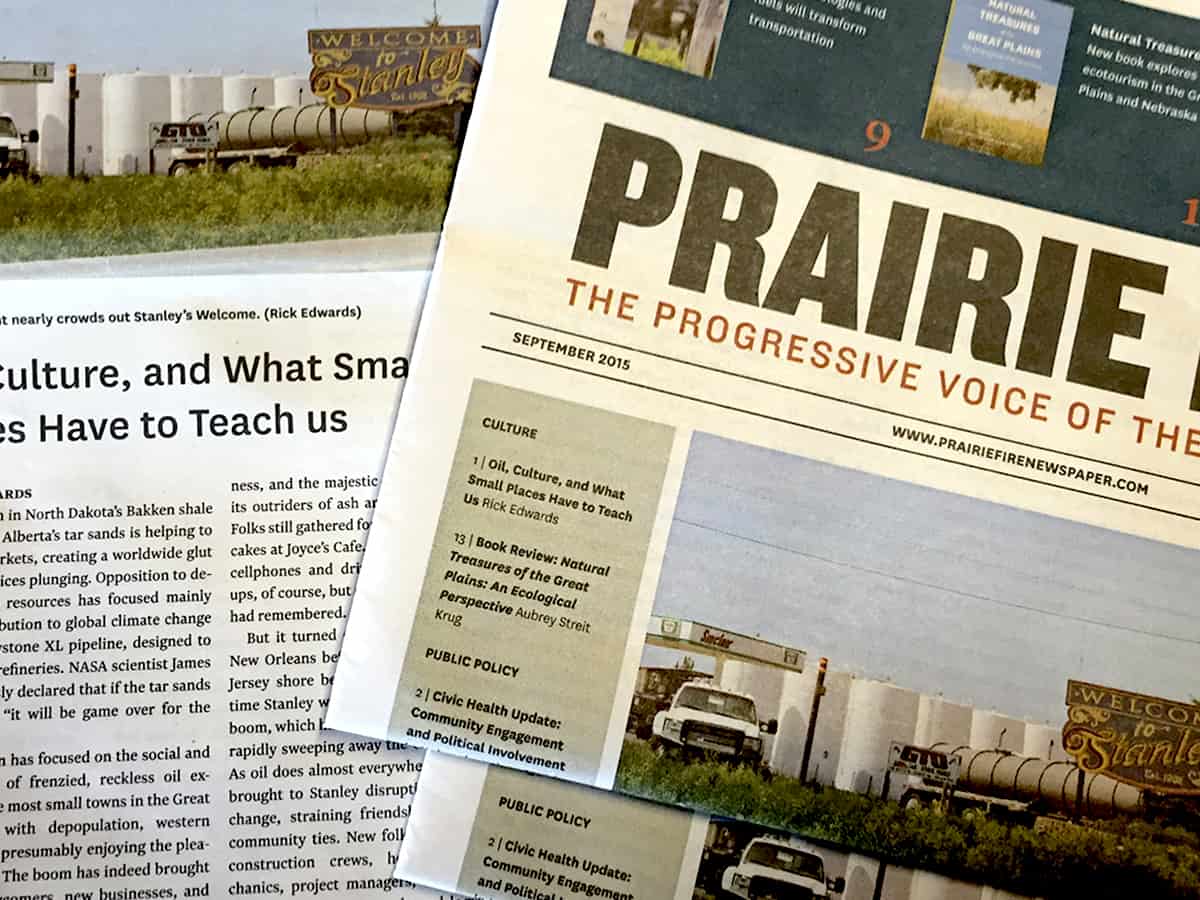 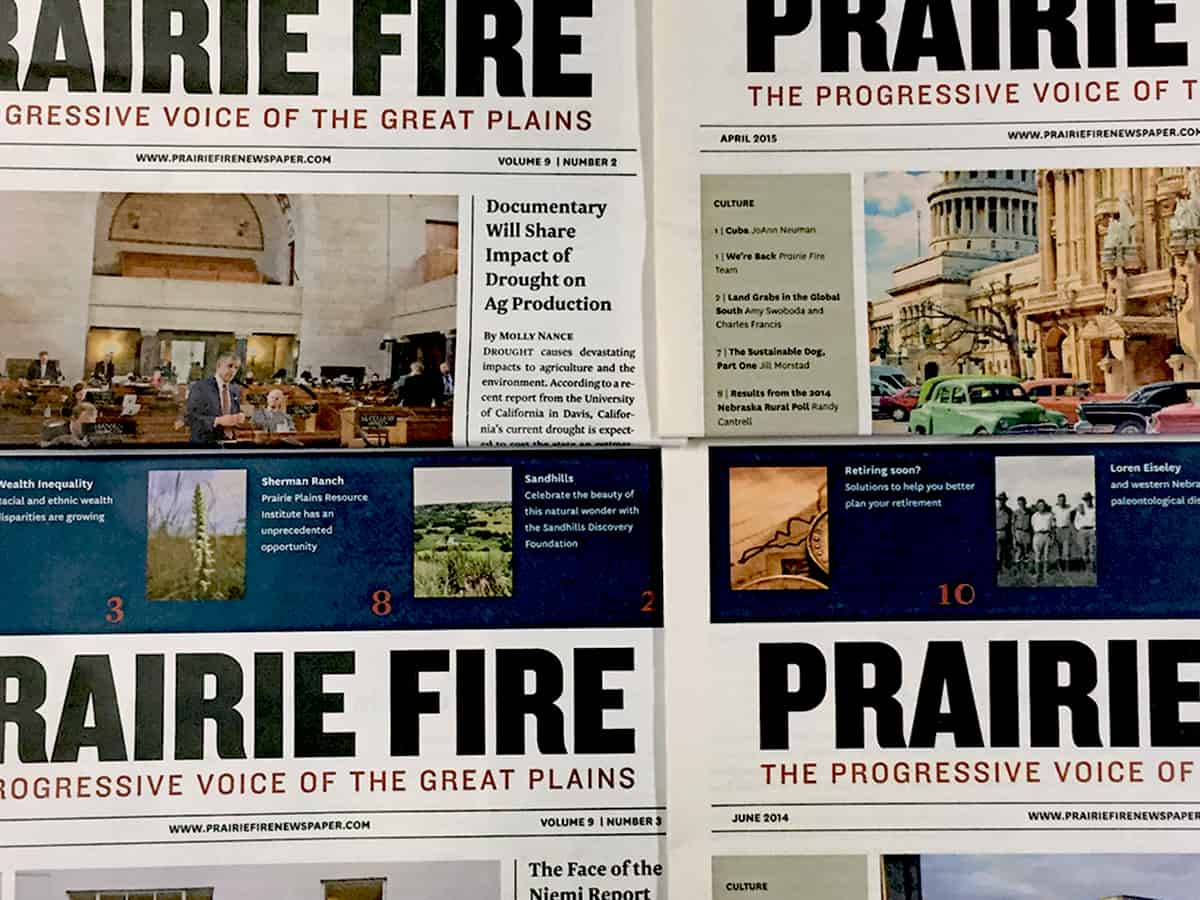 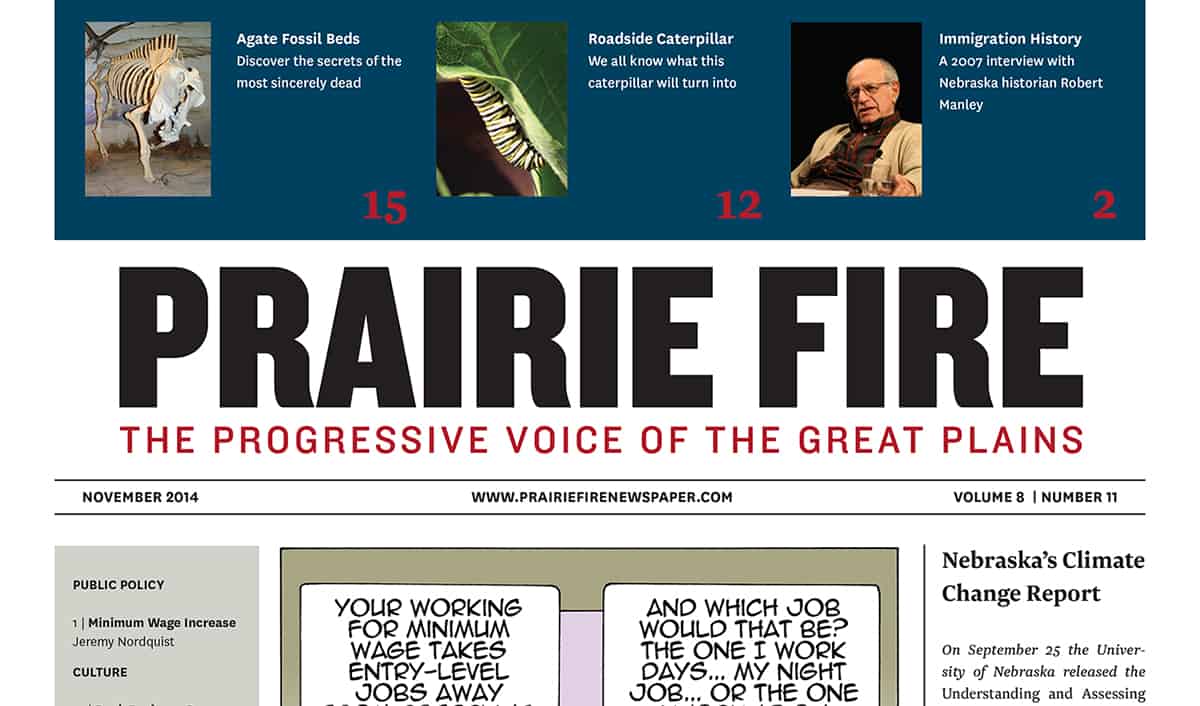 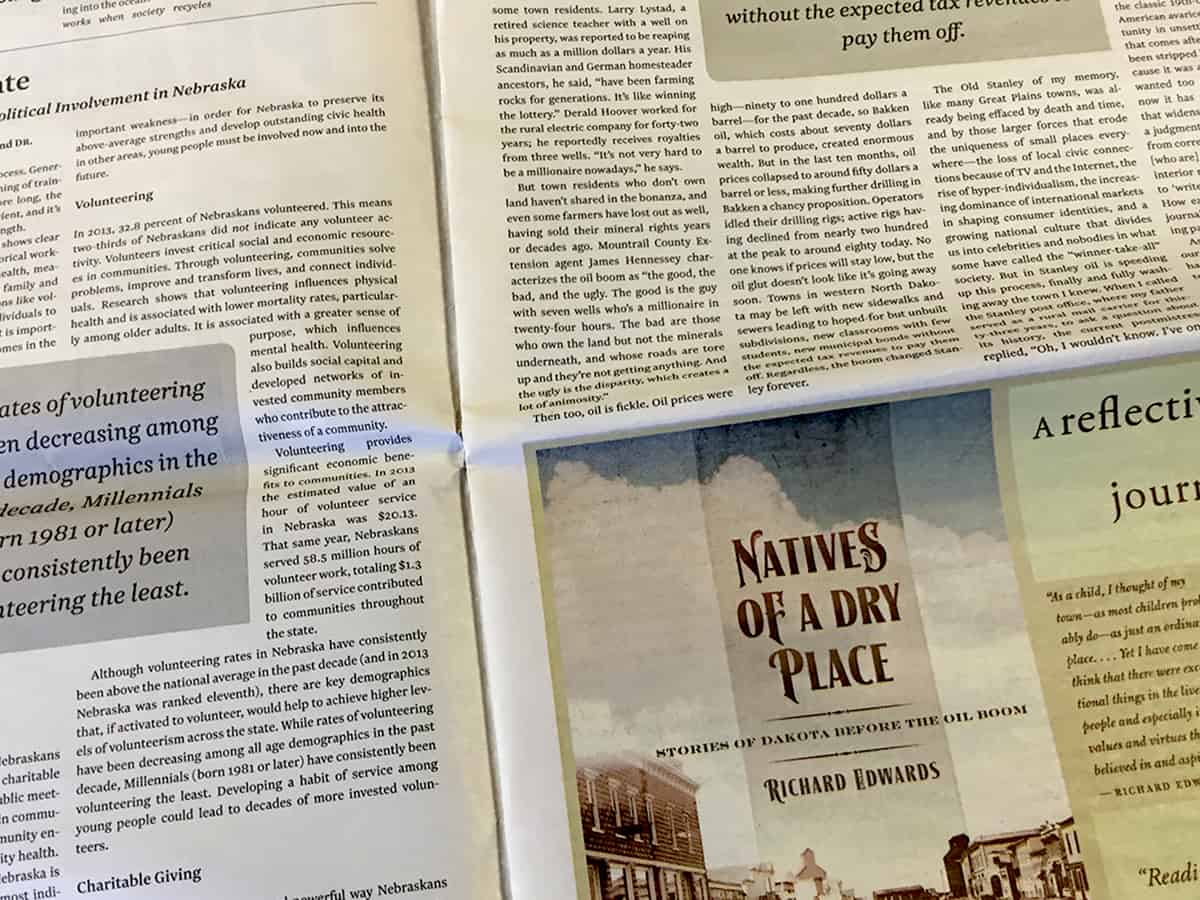 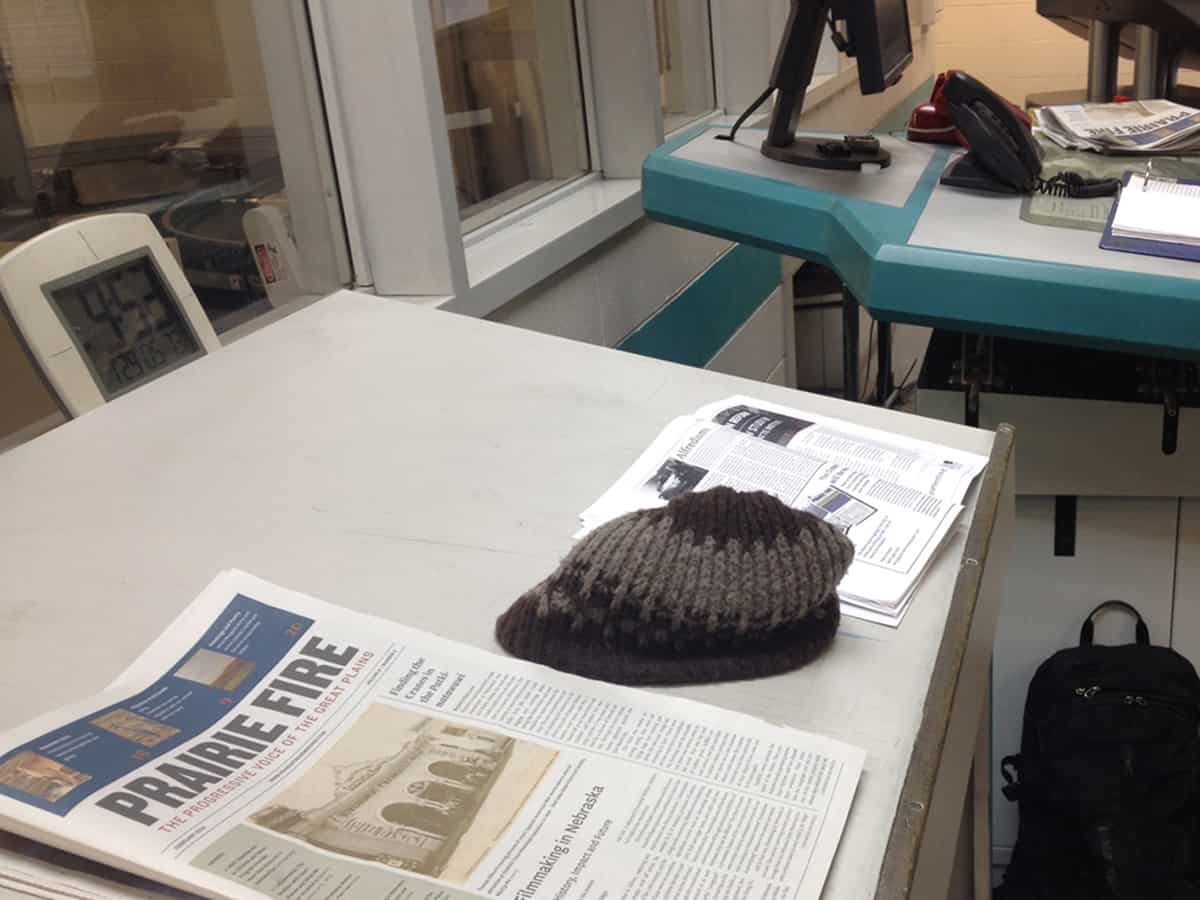 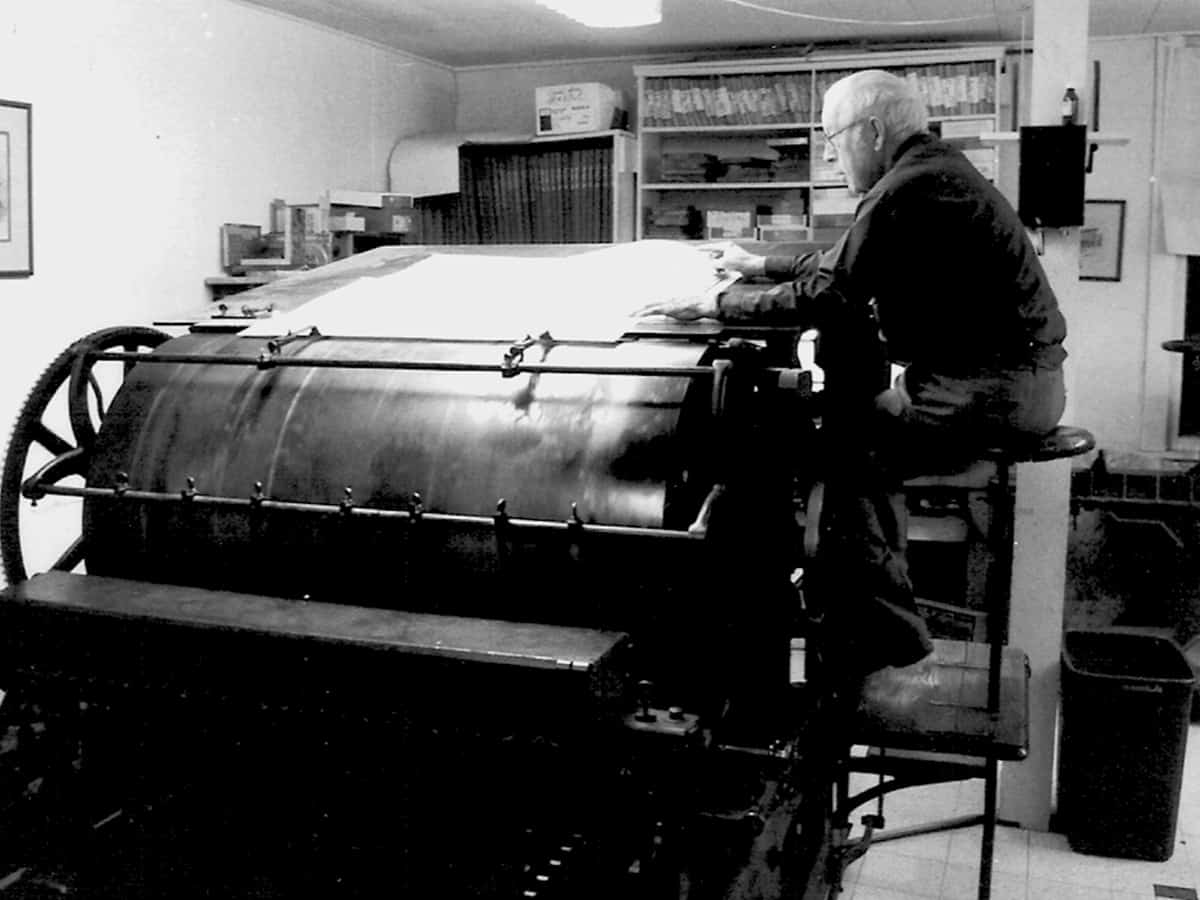 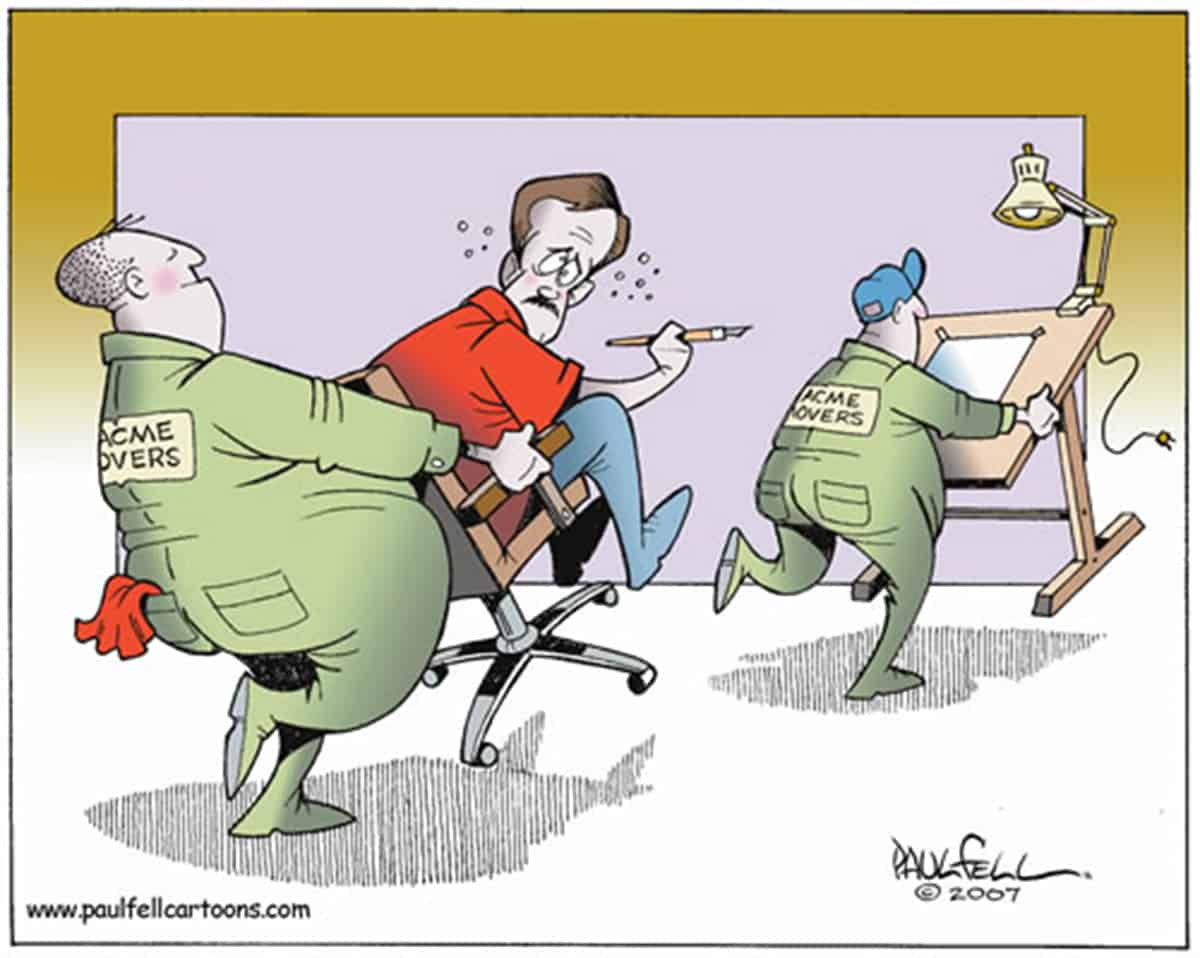